Which Programming Language To Learn as a Trader? 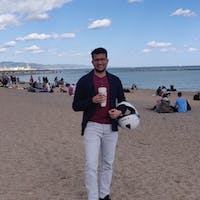 Subscribe to our newsletter and never miss any upcoming articles

Hi There 😀 I know what you must be thinking right now; this is a "Python For Traders" blog. Clearly the answer to this article will be "Python" 🤦 Nope, let me stop you right there; the idea of this article is to give you the pros and cons of the most famous languages used in the Trading World so you can make that decision for yourselves because everyone is unique and there is no defined path to success and no specific programming language will print you endless 💸 (even if you get dreams about it, I do! I am sure you secretly do as well)

So before taking up any more of your precious time, let's dive right in!

Sorry, but I couldn't resist starting with the language that gave me wings in my professional career. Python was born in 1980; it has witnessed unimaginable growth and has a library to do almost anything. Python is the most wanted language according to the Stack Overflow Developer Survey

Like Python, Java is also a solid veteran in the programming space. Java also has a wealth of open source projects which everyone can use for free. Java is meant to be a WORA (Write Once Run Anywhere) Language.

C# (pronounced: see sharp) was developed by Microsoft and was launched within the .Net framework; for the sake of demonstrating different types of languages, I will combine C# and C++, although there are notable differences between the two. C# is generally considered a modern version of C++.

Julia is a high-level, high-performance, dynamic programming language. While it is a general-purpose language and can be used to write any application, many of its features are well suited for numerical analysis and computational science. (Source: Wikipedia)

Although I have never used Julia personally, the consensus is that it combines both Python and C++, which is considered as best of both worlds.

There is an excellent article on algorithmic trading by Julia Computing, I would recommend checking it out here

These were the programming languages I had wanted to discuss, although I am nobody to tell you which language to use, your choice should depend on your use-case. Here are some closing points on why I would choose each language.

I hope you enjoyed the article, do let me know which languages you use for trading and financial purposes. All constructive criticism welcome in comments🧐

If you liked this article, consider buying me a coffee ☕ by clicking here or the button below.

This is full of great insights, thank you so much sharing ! 😀 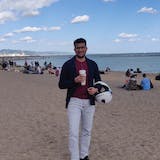